There's not much detail to report on this song, other than the fact that it's one of the classics of the Big Band era. Of course, anyone who knows me knows I practically worship the ground Ellington walked on, and consider him on of the quintessential American composers and performers. "Caravan" may have been written by Juan Tizol, but it was Duke Ellington's arrangement for the orchestra that makes the song what it is.

Juan Tizol, a trombonist who had played with Ellington since 1929, was born in Puerto Rico in 1900. Aside from forming Ellington's first signature powerhouse trombone section with Tricky Sam Nanton, Tizol often copied parts for the orchestra and contributed the occasional composition. His most famous contributions were "Caravan" and "Perdido", both classics of the Big Band repertoire. In fact, Tizol's compositions are often credited with creating an interest in Latin stylings in jazz which eventually became Latin Jazz.

Irving Mills wrote lyrics to this song, but almost no one used them. For the bulk of its career this song has always been performed as an instrumental. So we'll break the Just A Song tradition of posting the lyrics this time.

This first video is a promotional film of Duke and the orchestra playing "Caravan" in 1952. That's Tizol playing the trombone.

I decided to include this cover version by Chet Atkins and Les Paul from their 1976 recording Chester & Lester because (a) I'm a huge fan of both guitarists and an even huger fan of their two collaboration albums, Chester & Lester (1976) and Guitar Monsters (1978). I first heard their version of "Caravan" on Eric in the Evening, the signature jazz show on WGBH in Boston, pretty much the paramount public radio station in the US. Once I heard the song I needed to find the album, and I've been in love ever since. These are the two classiest guitarists in guitar history, and their cover of a tune by the elegant and sophisticated Duke was a match made in heaven . Enjoy!

I Will Always Love You - Dolly Parton & Whitney Houston

SONG I Will Always Love You

This will probably come as a surprise to many people who know me, but I love Dolly Parton; she's always been one of the better songwriters in Nashville, her songs are usually about the common people in the hills and how they survive, and she has, like Iris DeMent, one of those old-soul, sound-of-the-hills voices that sends shivers up my spine. And "I Will Always Love You" is my second favorite song of hers, right after "Coat of Many Colors". She richly deserves the title of the Queen of Country Music.

This song, written in 1973, is about her professional break-up with Country legend Porter Wagoner, who discovered her and served as her mentor in the tough music world of Nashville. She was an integral part of Wagoner's show and assumed the status of partner in the enterprise, but it was time for her to move off on her own. It was a bittersweet parting; it was a sad time for both Dolly and Porter, but both agreed it was time for her to pursue a solo career. The lyrics express the nature of the parting, but couched in the words of a star-crossed love song. Not that Parton and Wagoner were lovers; Dolly was and still is happily married to Carl Thomas Dean. But the relationship was close and the parting was a sad one

If I should stay
Well I would only be in your way
And so I'll go, and yet I know
That I'll think of you each step of my way

Bittersweet memories
That's all I have and all I'm taking with me
Good-bye, oh please don't cry
Cause we both know that I'm not what you need

And I hope life will treat you kind
And I hope that you have all
That you ever dreamed of
Oh I do wish you joy and I wish you happiness
But above all of this, I wish you love
I love you, I will always love you

The best way to listen to Dolly sing this is live; I don't know when this video was made, but judging by her appearance here I'd say sometime in the mid to late '90s.

In 1992 Whitney Houston co-starred with Kevin Costner in the movie The Bodyguard, about a former Secret Service guard turned private bodyguard assigned to guard a superstar singer from a stalker. The movie didn't really amount to much, but Houston's singing "I Will Always Love You" broke records and sold 12 million copies worldwide, at a time when her career had reached a low point and she needed a boost. Originally she was slated to sing Jimmy Ruffin's "What Becomes of the Brokenhearted", but the song was already being used in Fried Green Tomatoes, so Costner suggested Dolly Parton's song as an alternative. The rest is history.

I'm more partial to Dolly Parton's version than Whitney Houston's, but then I like Tim Hardin's version of his song "Reason to Believe" over Rod Stewart's; I just have this personal quirk of liking the original over the cover in most cases. That said, Whitney Houston's version is still fantastic. The suits at Arista Records didn't like the a capella intro, but both Houston and Costner insisted that it stay, and they were right; it adds an extra sense of drama to the song, fitting with the movie.

In the aftermath of Houston's hiuge hit with the song, rumors started circulating that there was a feud between Parton and Houston over the latter's success with the former's song. Both ladies went on record denying the rumors, and Parton has claimed that Whitney Houston made her rich with that success, so she has no complaints.

In any event, here's the official video of Whitney Houston's version of the song, complete with scenes from the movie. Enjoy!

Labels: Dolly Parton, I Will Always Love You, Whitney Houston 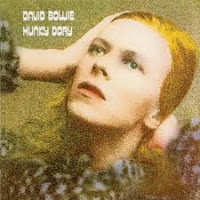 
I'm a huge Willie Nelson fan, and "Crazy" has always been one of my favorite Willie tunes. Not so much because Willie wrote it (although I think there's no arguing the fact that only he could have written this song), but because it was made immortal by the late, great Patsy Cline. Plenty of other people, including Willie, have recorded it - Linda Ronstadt, Julio Iglesias, Kenny Rogers, Dottie West, the Waifs, and LeAnn Rimes to name a few - but it's famous and beloved because Patsy Cline sang it.

The song is quirky; the lyrics describe the singer's state of bemusement at the singer's own helpless love for the object of his affection. And Willie Nelson's original arrangement was fast and somewhat jerky. The story goes that when it was first presented to Patsy Cline she hated it. But her producer, Owen Bradley, loved it, and to make it more palatable to Cline he arranged it as a much slower ballad. Despite Nelson's original arrangement, the complex melody was perfectly suited to Cline's vocal talents and style, and slowing it down brought that out. The public agreed; the song spent 21 weeks on the country music charts, it became Patsy's signature song, and it turned Willie Nelson from an unknown to one of the most prolific and sought-after songwriters in Nashville.


Another fairly famous version is the one by LeAnn Rimes. I'm not particularly a Rimes fan, but her rendition of "Crazy" is pretty powerful. In a way it's her homage to Patsy Cline, who Rimes considers one of her major influences. This version is certainly respectful of Cline's classic interpretation while still letting Rimes show off some pretty impressive vocal chops.


And last is one of my favorite performances of "Crazy" - Diana Krall, Elvis Costello, and Willie Nelson live on stage. Krall's sultry voice certainly does things for this song, as does her usual outstanding piano playing. And it's no secret that Elvis Costello is a huge fan of American country music (he did a whole CD of George Jones songs, among other things); based on his performance here, I'd love to hear him do his own cover of the tune. This version is lots of fun!