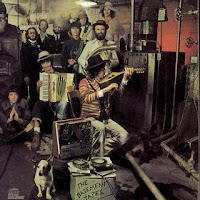 Let It Be - The Beatles 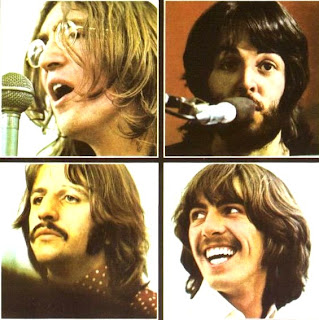 SONG Let It Be
WRITTEN BY Paul McCartney

PERFORMED BY The Beatles, Carol Woods

I came across this old favorite in a new setting recently and thought I'd feature it here on Just A Song just to prove a point I've been making for years: that the songs of The Beatles are truly timeless and a gifted musician can create a brand new thing of beauty from them long after the original song hit the airwaves.

The original setting of the song takes place in the sad, bitter days of the Beatles falling apart, just after recording the White Album. McCartney says he sensed the break-up coming and was depressed by it all and having trouble sleeping. In his own words:

Then one night, somewhere between deep sleep and insomnia, I had the most comforting dream about my mother, who died when I was only 14. She had been a nurse, my mum, and very hardworking, because she wanted the best for us. We weren’t a well-off family- we didn’t have a car, we just about had a television – so both of my parents went out to work, and Mum contributed a good half to the family income. At night when she came home, she would cook, so we didn’t have a lot of time with each other. But she was just a very comforting presence in my life. And when she died, one of the difficulties I had, as the years went by, was that I couldn’t recall her face so easily. That’s how it is for everyone, I think. As each day goes by, you just can’t bring their face into your mind, you have to use photographs and reminders like that.

So in this dream twelve years later, my mother appeared, and there was her face, completely clear, particularly her eyes, and she said to me very gently, very reassuringly: “Let it be.”

It was lovely. I woke up with a great feeling. It was really like she had visited me at this very difficult point in my life and gave me this message: Be gentle, don’t fight things, just try and go with the flow and it will all work out.

So, being a musician, I went right over to the piano and started writing a song: “When I find myself in times of trouble, Mother Mary comes to me”… Mary was my mother’s name… “Speaking words of wisdom, let it be.” There will be an answer, let it be.” It didn’t take long. I wrote the main body of it in one go, and then the subsequent verses developed from there: “When all the broken-hearted people living in the world agree, there will be an answer, let it be.”

And the rest is history. This went on to be one of the Beatles most popular songs, and in 2004 it was ranked #20 on Rolling Stone magazine's list of the 500 greatest songs of all time. It's an emotional, heartfelt cry for release from pain and turmoil, and offers a comforting image of peace; no wonder it went right to the hearts of the listening public!

And when the night is cloudy, there is still a light, that shines on me,
shine until tomorrow, let it be.
I wake up to the sound of music, mother Mary comes to me,
speaking words of wisdom, let it be.

Here's a video clip from the movie Let It Be, filmed in studio of the recording of the album:

A lot of musicians have recorded versions of this song, but there's only one that made me sit up and take notice. In 2007 filmmaker/artist Julie Taymor made the movie Across the Universe, taking 30 Beatles songs to make a musical about growing up in the turbulent late 1960s. "Let It Be" was used as the setting for two deaths and funerals, of a young soldier in Vietnam and a child killed in the 1968 Detroit riots. And if it were on stage it would have stopped the show! I don't know whose idea it was to set this song as a gospel tune, with full gospel choir and soloist, but whoever it was was a genius. It could have been one or both of the music producers on the crew - Matthias Gohl and Elliot Goldenthau - but I suspect it was Julie Taymor herself; this is just the kind of daring artistic decision she would make. The vocal begins with young Timothy T. Mitchum as the young boy killed in the Detroit riots, but switches to choir and Broadway/film actress and singer Carol Woods (who won a Grammy for this) in full gospel music mode for the funerals themselves. It cuts right to the heart - I don't know anybody who saw this movie who watched this with dry eyes. It's a brilliant interpretation and should stand side by side with the original Beatles version. Which, of course, is why I've included it here. Enjoy!