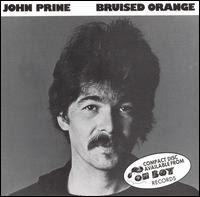 By the time John Prine wrote "Sabu" in 1978, he must have feared that, regardless of the quality of his future work, his eponymous first album would define his reputation. Prine needn't have worried. Although fans still want to hear him sing "Angel From Montgomery," they go to his concerts to see him perform for a body of work that spans a distinguished 40-year career. Early on, though, Prine found parallels between his own experience and that of an Indian child movie star.

In 1937, while shooting on location in India, famed documentary film maker Robert Flaherty cast a 13-year old boy named  Sabu Dastigir (or Selar Shaik Sabu or Sabu Francis) into a film called Elephant Boy. His name shortened to Sabu, the boy went on to a modest film career highlighted by starring roles in The Thief of Baghdad (1940) and Jungle Book (1942). After becoming an American citizen in 1944, Sabu joined the Air Force and won a Distinguished Flying Cross for service as a tail gunner in the Pacific theater. After World War II, Sabu attempted to restart his film career, but met with only modest success. His last film, the Disney thriller A Tiger Walks, was released shortly after his death from a heart attack in 1963. Sabu made 22 movies between 1937 and 1964, including such forgettable titles as White Savage, Cobra Woman, Man-Eater of Kumaon, Savage Drums, and Jungle Hell.

In "Sabu Visits the Twin Cities Alone," John Prine reimagines the post-war days of Sabu's career as a parable of the the pitfalls of peaking too soon and hanging on too long. By dropping his Indian protagonist into St. Paul, Prine achieves a sense of dislocation that haunts the song. Faced with a dwindling audience and a disinterested producer, Sabu gamely makes his way through the midwest while a sympathetic manager hopes that the numbers on a phone will materialize into a better box office and contemplates the end of his client's career.

No matter: Sabu may be "sad, the whole tour stunk," but he "must tour or forever rest." No doubt this refers to Prine's own struggles as an up-and-coming musician and the eternal challenge of keeping an audience. Did Prine fear that his best work was already behind him, that he had a future filled with cobra women, man-eaters, and albums that weren't "really doing so hot"? Had his ambition driven him to a lonely, peripatetic life infuseed by a numbing indifference (the "wind chill factor")? Possibly. But with characteristic bravado, Prine can't resist a few wry, bitter jokes at his own expense:

Sometimes, the only thing to do is laugh, hope for the best, and press on.


LYRICS
The movie wasn't really doing so hot
said the new producer to the old big shot
its dying on the edge of the great Midwest
Sabu must tour or forever rest.

Hey look ma
here comes the elephant boy
bundled all up in his corduroy
headed down south towards Illinois
from the jungles of East St. Paul.

His manager sat in the office alone
staring at the numbers on the telephone
wondering how a man could send a child actor
to visit in the land of the wind chill factor.
Sabu was sad the whole tour stunk
the airlines lost the elephant's trunk
the roadie got the rabies and the scabies and the flu
they was low on morale but they was high on.

"Angel From Montgomery," Prine's most beloved song, has been covered by Bonnie Raitt, Susan Tedeschi, and others: