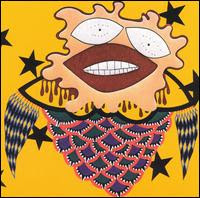 In 1965, Paul Kanter recruited his friend Jorma Kaukonen to play lead guitar for the Jefferson Airplane, a band Kanter was helping  form. Kaukonen thought of himself as an acoustic blues purist and expressed reluctance to join the new group. He changed his mind after considering the technical possibilities offered by the electric guitar; Kaukonen adapted his finger-picking style to the music of psychedelia and became a defining part of the Airplane's unique sound. By 1972, the Airplane had split into cliques, and Kaukonen and bassist Jack Casady left the band in favor of Hot Tuna, a side project originally formed to play the music of the Reverend Gary Davis.

Kaukonen recorded his initial solo album in 1974, the well-received Quah. "Genesis," Quah's first track, remains his best song and is a staple of his live act. Exquisitely gentle (one can imagine it as one side of a conversation occurring in bed), "Genesis" tells of a man promising to overcome his vulnerabilities if the woman he loves will share a future with him. In the first verse, he implores her to remember the good things about them:

while admitting that it's not enough ("into the future we must cross"). He admits that a hard shell surrounds him ("...I'm hard than a wall/A marble shaft...), but claims that it is not as important as her love and beseeches her not to break up with him.

Next comes the wonderful, touching third verse in which he acknowledges that life with him won't be easy ("Skies of blue had turned to gray"), but will be honest and true ("I never looked away"). The man drives home the point by telling the truth of things: She'll always be with him, but they can't shut out life:

They can make it better, though, by remaining staying together and remaining true to each other ("I'd like to see it be an open ride/Along with you"). He reminds her that time, which doesn't belong to them, passes rapidly, then argues the whatever they are going through now will make them stronger, and closes by restating her incredible importance to him:


And when we came out into view
And there I found myself with you
When breathing felt like something new, new

Is "Genesis" an apology? Partly. But mostly it seems like the testimony of a man about to lose someone he loves because he has been holding himself back. By repeatedly telling her how much she means to him and by recognizing the validity of her feelings, he hopes to give himself and them and second chance. The song concludes uncertainly, without an answer to his plea. But for us, that's for the best: It's never a bad thing to remember that our offers can be too little, too late. In this sense, "Genesis" is a cautionary account that we can all take to heart.

And when we came out into view
And there I found myself with you
When breathing felt like something new, new
Along with you
Going along with you


This 1969 Jefferson Airplance performance, from Woodstock, of "3/5's Of A Mile In Ten Seconds" shows off Kaukonen's prowess on the electric guitar and demonstrates his importance to their sound: